Closure of School Due to Smog

Due to worst situation of smog the Punjab government had announced to close the schools as well as offices three days a week due to the smog. This decision has been taken by considering the situation of the smog that has been worsening day by day and is a threat to the health of the people. In this regard, the notification has been issued by the provincial government that states that the schools and offices will remain closed from 27th November 2021 to 15th January 2021 in Lahore on Saturday, Sunday, and Monday. Moreover, the Punjab CM has said that the authorities will take all the necessary steps to overcome the situation of the smog in the city. As the smog is feared to rise the common ailments and skin infections in people. 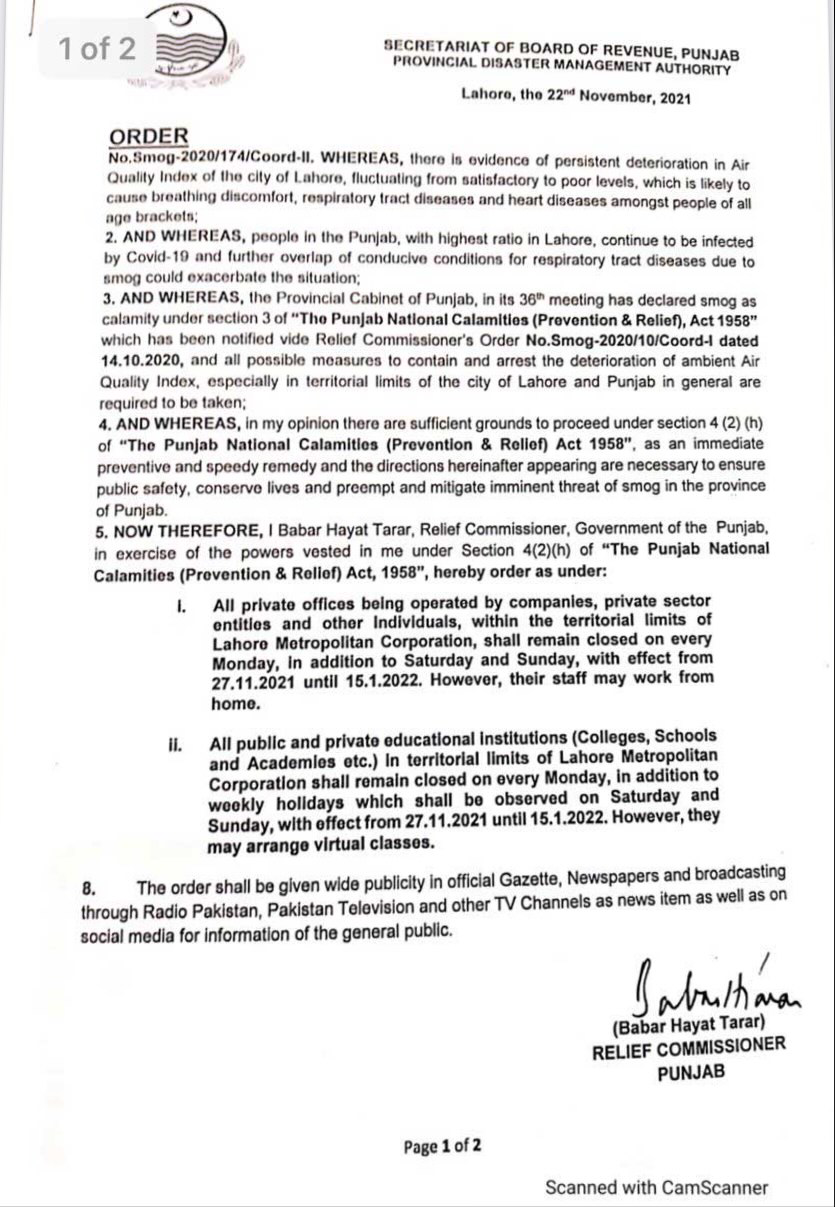 The Punjab CM has said to set up the smog monitoring cell in the Provincial Disaster Management Authority (PDMA) that will work to control the smog for the safety of people. Earlier the Lahore High Court had ordered the Punjab government to issue a notification to private offices so that they can half the staff attendance to tackle smog. The directives have been issued after considering the government’s failure to appropriately deal with environmental issues. The Judicial Water and Environmental Commission had also recommended closing down schools in areas affected by the smog. As per the smog emergency plan submitted by the commission, the situation will be monitored by the PDMA daily and a thermal anomalies map will be shared with the concerned departments.

HED Extends The Date Of Admissions For Intermediate And Bachelor Programs

Prepistan is a one-stop solution to prepare tests online for NTS, PPSC, FPSC and all other govt exams.

Where is Mojave Desert desert located?