The Government of Khyber Pakhtunkhwa announced that it was canceling the ETEA entrance tests for Khyber Medical University and its allied colleges. Each year this test is conducted that allows the students to take admission to the medical and dental college of KPK. But now the authorities have canceled the test and it seems that they have accepted the decision of PMC to hold the national MDCAT to determine the eligibility criteria of the candidates that are interested to pursue the medical field.

“The Medical and Dental Colleges admission tests will be conducted by the Pakistan Medical Commission (PMC) for the students seeking admission across the country,”

PMC has made NUMS as an authoritative body that will organize the entry test this year. Although the date of the MDCAT has not been announced yet it is expected that the test will be held in the second week of November. As the date of the test is approaching so PMC has advised all the candidates to do the preparation as per the mentioned syllabus. 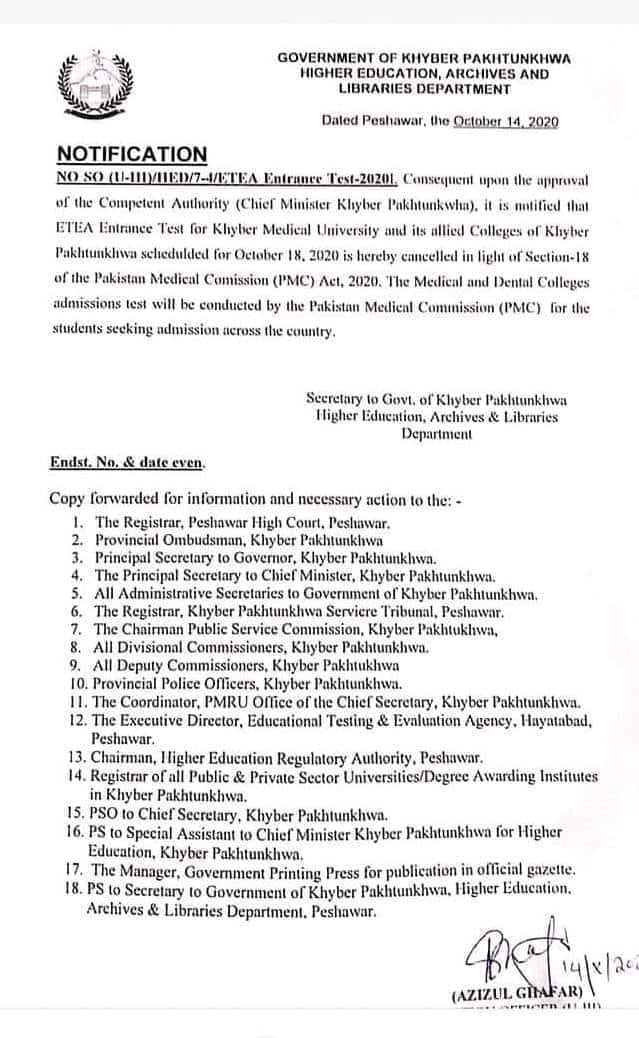 The Sindh government is conducting its own MDCAT in addition to the national MDCAT. However, the students have to appear in the national MDCAT to get enrolled in the public/private sector medical universities. It is mandatory for the candidates to secure at least 60% marks to get admission in the medical or dental college. For more details, remain in touch with ilmkidunya.com and get a hand on all the educational updates.

Prepistan is a one-stop solution to prepare tests online for NTS, PPSC, FPSC and all other govt exams.