UTS has been stopped for conducting test of FIA till 4th February 2019. New date of the test will be announced after the next hearing on 04-02-2019. 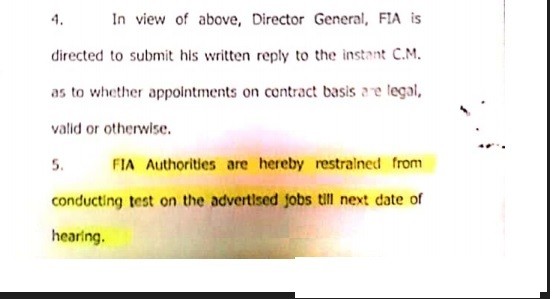 Jobs in Senate Secretariat For Director General IT in Islamabad 2021

Jobs in Planning Commission in Islamabad 2021

Prepistan is one stop solution to prepare tests online for NTS, PPSC, FPSC and all other govt exams.

Ministry Of Interior Govt Of Pakistan Jobs 30 May 2019